Why do I get depressed?

Depression is the single most common mood disorder – affecting people not only in the UK, but the world.

Depression is also one of the most treatable disorders.

This is shown shown in Michael Yapko’s book, ‘Hypnosis and the Treatment of Depression’, the first book ever written on the subject of using hypnosis in the treatment of depressed individuals. Dr. Yapko tackled the problem of depression from the perspective that families are often crucial in both the development and the recovery from depression. Depression, as he explained in his book, ‘Hand me Down Blues’. Depression can exist with anxiety, stress, feelings of hopelessness and relationship and health problems. Yapko also concluded that people suffering with depression need to be taught to accept and work with ambiguous circumstances in life, to search for and focus on a meaning for their life.

Children also suffer from depression, and childhood events, such as the death of a parent, can trigger depression in later life. Workplace stress and bullying are known to be a causal factor in depression and major life changes, such as childbirth and retirement can also trigger a depressive episode.

Classifying depression is not always an easy thing to do. Some people may say they feel depressed when they are feeling low or miserable. Depression often exists alongside other problems, such as stress or anxiety.

The depressive disorders categorised in DSM-IV (The current reference used by mental health professionals to diagnose mental disorders) as Mood Disorders. Included in this category are major depressive disorder, dysthymic disorder, bipolar disorder, cyclothymic disorder, mood disorder due to a general medical condition, and substance-induced mood disorder. Two subtypes of mood disorders include seasonal affective disorder and postpartum depression, while premenstrual dysphoric disorder has been proposed as a diagnosis for further study. For each of these mood disorders there are specific criteria that a person’s symptoms must meet in order to receive a diagnosis. For example, people suffering from dysthymic disorder will have had a depressed mood for at least two years (for children, the criteria is one year and may have irritable mood) and will have at least two of the following…

How depression is treated

Western medicine tends to explain depression as an ‘imbalance in brain chemistry’ although some research challenges this biochemical explanation suggesting a link between symptoms and social or environmental factors – relationships, bereavement, following childbirth, stressful events, unemployment, social/economic/financial problems, single parenthood, and poverty. This is often known as a bio psychosocial model, i.e. an interaction of biological, psychological and social factors. The influence and effect of environment is considered the most significant cause in the onset of depression stressful or traumatic events triggering depression. Lack of social support or isolation, in particular the lack of an intimate confidant with whom one feels valued, can also lead to depression. Those who have suffered negative or stressful childhood experiences are also more prone to depression as early negative experiences can change brain physiology. Low self-esteem has been found to lead to a vulnerability to developing depression.

Treatment for depression may involve CBT, psychotherapy, counselling or medication, or a combination of both.

According to Yapko’s review on hypnosis and psychotherapy for depression: “there is ample evidence that psychotherapy for depression can be highly effective” especially with the added use of hypnosis. He also notes: “There is growing empirical support for the use of hypnosis. Research suggests that hypnosis is a measure linked to positive changes in depressive patients, encouraging a sense of personal empowerment whilst combating depressive symptoms. Hypnosis is also shown to be useful in treating pain, anxiety, and numerous other physical and psychological problems often associated with depression.”

EMDR is increasingly used in the treatment of depression, especially when it is linked to previous trauma. The treatments we use are explained in more detail on our Therapy Information page which can be accessed here: typesoftherapy.php

We can help with 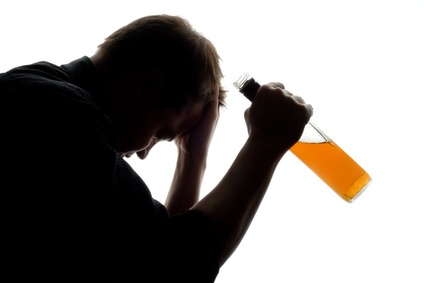 We are proud to be members of the following organisations:

What we can help with

Types of therapy we use